One service live-streamed at 10 AM

The seven members of our Settled Minister Search Committee were nominated by the Nominating Committee after an evaluation and selection process, and elected by the congregation at the Congregational Meeting on June 23, 2019. 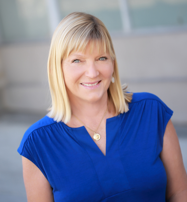 Alisa grew up in upstate New York and has bragging rights for ‘worst weather’ on the Committee. She’s lived in Encinitas since 1988 and is married to Jeremy, a Jewish engineer. She has two grown daughters (Amanda, married and in San Diego, and Rachel, in grad school at Georgetown) and a somewhat large dog, Roxie. She has a bachelor’s degree in English from the University of Rochester, and has been a Human Resources consultant for the past 25 years (and is still working). Alisa’s life-long hobbies include hiking, cooking, camping, travel and singing. She grew up in the Presbyterian church, had a good spell of ‘nothing in particular’, and joined UUFSD about 15 years ago, starting by singing in the choir. At UUFSD, she still sings in the choir, has managed the Personnel Committee for the past few ministers (although not a current member), enjoys participating in her Sacred Circle, is a past Board president, Secretary and Board member, and is a current Worship Associate. She’s excited to serve on this Search Committee and to bring her HR expertise to the Search process. 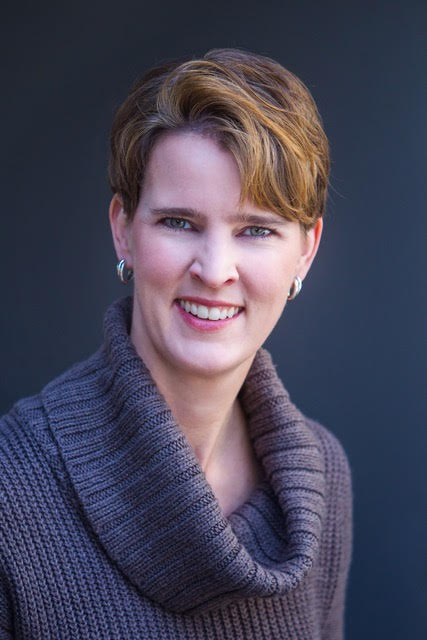 Sara Appleton-Knapp grew up in Southern California and has lived all over the state at various points in her life. She attended college at UC Irvine and graduate school at UCLA. After graduate school, Sara moved to Solana Beach with her family in 2002 and joined the Fellowship in 2003. She was a member of the board from 2008-2011, serving as president during the final year of her term. Since her tenure on the board, Sara has been active in religious education at UUFSD, helping to facilitate two Coming of Age cohorts and participating in the Our Whole Lives program with both of her children. She works closely with Casas de Luz, and has participated in or led teams that have built over 20 homes in Tijuana. Currently, Sara teaches psychology at the University of San Diego and has previously held academic positions at UC San Diego and San Diego State University. Her husband works at Viasat, her daughter is a film student at USC and her son attends high school in Encinitas. Sara enjoys exploring local nature trails and trying out new recipes. 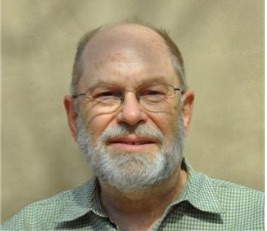 Mark grew up in Massachusetts, lived and worked in D.C., Virginia, Philly, and New Jersey, and has lived in Encinitas since 2010 with his wife Mary. He has a Bachelor’s degree from Princeton, and a law degree from Yale Law School. Mark worked in government and private practice in Washington, DC, and spent 20 years as a telecommunications lawyer for the Bell System/Bell Atlantic/Verizon, mostly in New Jersey, retiring as General Counsel of Verizon Wireless. Mark and Mary have two grown sons, Dan who lives in Seattle, and Alex who lives in Cincinnati with their new daughter-in-law Cori. Mark’s hobbies include French, biking, poetry, and of course travel. Mark grew up in the Congregationalist tradition (United Church of Christ), but soon became an atheist and spent many years as a “none” (no religious interest) before committing to UUism in 2013 (still an atheist). At UUFSD, Mark enjoys Men’s Group, Book Club, and Sacred Circle, and has served as a Board member, President, Vice-President, Secretary, Finance Committee chair, and Worship Associate. Mark is honored to be on the Search Committee, and is committed to representing the Fellowship’s diverse needs. 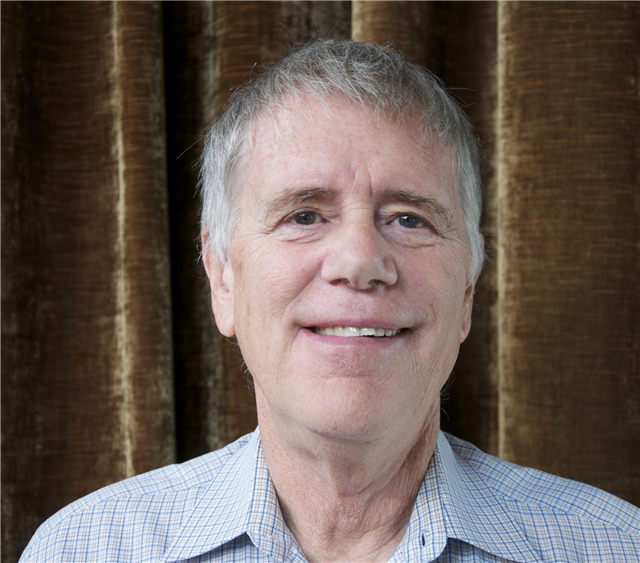 After 35 years in the environmental field in the private sector, in the federal government, the nation’s premier think tanks, and academia, Atcheson retired and moved to San Diego to be with his wife, Linda Pratt.  He joined UUFSD ten years ago, and he has served as a chair of the Environmental Justice Task Force, the Joy Committee, and he served on the Board and was Board president for a year and a half.  In addition, Atcheson co-chaired the development of a strategic plan for the Fellowship, and served on the Dreambuilders – which helped develop a plan for capital improvements on UUFSD’s campus.  He also serves as a worship associate, and he has given five well-received sermons.

Atcheson enjoys hiking, nature photography, and writing, and he has a popular column in an online News Service, Common Dreams. He has published a novel, A Being Darkly Wise, and a book on the last election entitled, WTF, America? How the US Went Off the Rails and How to Get It Back on Track.  He has two children and two step children – now adults – who he is close to and very proud of. 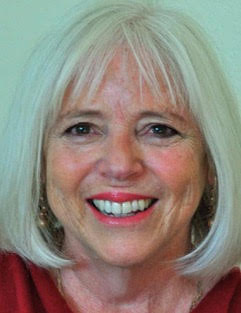 Livia Walsh has been a member of UUFSD for almost 20 years and a Unitarian Universalist for about 35 years. She is also a Buddhist practitioner who studied in the Vajrayana tradition for more than 20 years and  ordained in the Zen tradition. Livia offers a weekly meditation group for members of the Fellowship as well as the North County community.

As a member of UUFSD she has participated on the Social Justice Action Committee which she also has chaired; Worship Committee which she has chaired;  Committee on Ministry; Pastoral Care; Membership which she also chaired. Additionally, she chaired the Fellowship’s 50th anniversary event and participated in assisted in coordinating fund raising activities such as the annual auctions and concerts. Livia has been a member of the choir and has also offered adult education programs on death and dying, and aging.

Professionally, Livia is a Psychotherapist in private practice as well as an ordained Chaplain. She has also had a career in nursing and currently is a senior teacher at UCSD’s Center for Mindfulness. She is a strong believer in the mind-body connection and integrates all of her knowledge and training in her professional and personal life. Livia feels honored to be part of this Search Committee as an entrusted representative for this congregation to select  a new settled minister who will collaborate with us to help grow our beloved faith community. 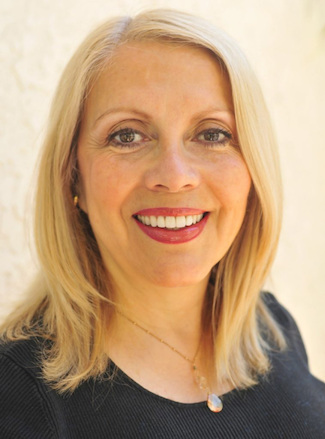 Patricia Cofré-Stone, an immigrant from the Chilean Patagonia, attended UCON, George Mason University, and San Diego State University, and has a degree in Economics and Marketing. Most of her career has been in the aerospace industry. In her role as a project manager, she has worked in the development of various communication technologies, currently working with remotely piloted air vehicles.

While developing her career, Patricia also dedicated a significant amount of her time to community service. For sixteen years, she volunteered 30 hours per week in the field of human rights. She served on the national board of Amnesty international, became an expert in immigration and antiterrorist law, and in the 80s, she organized grassroots groups to help the many people fleeting Central America, later addressing the incarceration of immigrant/refugee children. She is the founder of The Alliance for African Assistance, where she continued to support refugees.

Utilizing her business expertise and as a VP for the Hispanic Chamber of Commerce, Patricia organized round tables to support women in small business. She was an avid fundraiser and was able to raise $300k for scholarships for Latino students. For this and many more contributions, the San Diego board of Supervisors declared January 21 as a Patricia Cofré-Stone day.  For six years she served as a trustee for all the Sharp Memorial Hospitals in the area.

Patricia joined UUFSD near 10 years ago urged by her then-5-year-old son. At the Fellowship she has participated in the membership committee, worship associate role, running two highly successful fundraising auctions, and in the religious education programs.  UUFSD is the first ‘church’ she ever joined and a place where she continues her spiritual growth—her home. 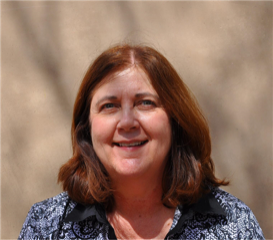 Nancy grew up in Indiana (until age 13) and Michigan, then started heading east.  She has a Bachelor’s degree from Oberlin College, a Master of Urban Planning from Princeton, and an MBA from New York University.   She met her husband, Dale Gottdank, at Princeton, and moved to Dale’s hometown, Brooklyn, NY.  In 1989 they relocated to San Diego.  They joined UUFSD the following summer.

Nancy was involved in religious education from 1990 to 2012, serving as chair of the R.E. Committee for several years.  She also served on the Personnel committee for a few years, and worked on several Auction committees.   She is the only search committee member who has known every settled and interim minister in UUFSD history, and is honored to be on the search committee to select our next settled minister!

Professionally, Nancy has worked in Health Care finance since moving to San Diego – first at Scripps, then, for the last 25 years, at Kaiser Permanente.  She is planning to retire in early 2020, leaving more time for hobbies such as travel, cooking, reading, and dabbling in genealogy.  Nancy and Dale have one grown son, Jordan, who grew up at UUFSD.  Nancy is very happy to report that after college and law school, Jordan and his wife Jessica decided to settle down back home in San Diego.