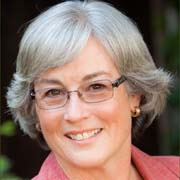 I have often felt like I didn’t belong – I moved many times while growing up and was always the new kid in school. I never had a “home town” like it seemed everyone else did. My career has been unconventional, and I didn’t have colleagues with similar backgrounds or roles. Then, as my 22-year marriage was coming to an end, and my only child was preparing to leave home, I realized I needed a community. I found Unitarian Universalism by luck or by the grace of the universe in 1997 when I was living in northern Virginia. Our former minister, David Miller, is currently the lead minister at the first UU church I ever attended, in Fairfax, VA.

So when I moved to San Diego a year or two later, knowing absolutely no one except the man who recruited me for a job at Scripps Institution of Oceanography, I went to the biggest UU church in San Diego, First UU in Hiillcrest. I found my community. People were kind and welcoming. Rev. Carolyn Owen-Towle played an important role in my transition to the left coast, offering support as I dealt with some personal struggles and including me in social outings to get to know the San Diego area.

I moved to Rancho Bernardo and attended Chalice UU a few times. On one of those times, the greeter and I connected and became walking buddies. Twenty years later, she and I still meet almost every week to walk on Saturday mornings.

My mother died in 2003 early on a Sunday morning, on the other side of the country. I had just returned from a bedside visit, knowing she didn’t have much time left, and my brothers and I had worked out a schedule so one of us would be with her. My brother Jerry was the one who called. I was alone in my University City condo, and I wasn’t sure what to do. I had never had anyone in my immediate family die before. I went to church. I sat on a bench in the courtyard at First Church, and I was crying. Someone I barely knew came over and sat next to me and asked if I was ok. He offered a kindly ear and an arm around my shoulder. That’s what people do in communities. The ministers helped me plan a celebration of life, and my mother’s name is on a tile on the memorial wall there. I visit her whenever I’m at First UU. In 2005, Steve and I got married at First UU, with Rev. Jim Grant presiding.

When Tom Owen-Towle and Jim Grant became interim ministers at UUFSD, we were living in Encinitas, and decided to start attending here. We’ve been here ever since. I consider the universe of Unitarian Universalists to be my community. And I consider UUFSD our home. We have a tradition called “This I Believe” – so let me say this. I Believe that this Fellowship, you, the members, are here for me. I Believe that if I ever needed help, I could contact UUFSD and someone would help me. I call this UU Care – like ObamaCare or Medicare, only better. I have seen UU Care at work – when someone had medical problems, when someone’s house burned in a wildfire, when a spouse died, when Thanksgiving came around and there was no other place to go for dinner, and more. We talk about joys and sorrows, and I am grateful to be witness to both almost every week for you, and occasionally to share my own.

I have worked in a lot of organizations, I have academic degrees from three different universities, and I have lived in a lot of places. My identity is more strongly tied to being a Unitarian Universalist than to any of these other identifiers. This is my community. You are my community. For this, and so much more, I am grateful.